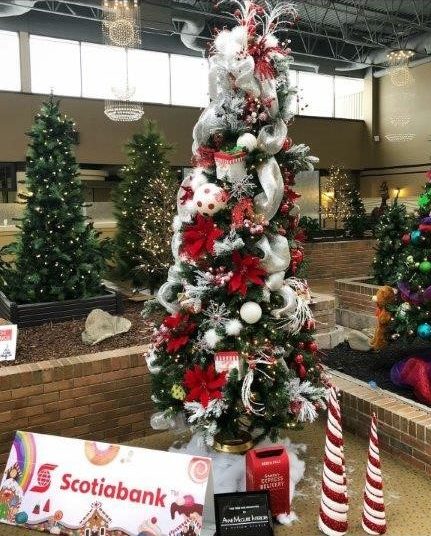 The event auctioned off a number of fully-decorated Christmas trees that were put together by various businesses from around the community.

“It was a real magical night,” said Santa Clause Fund (SCF) Executive Director Deanna Doerksen. “It was so great to see the community come together and show support of the Santa Claus Fund.”

As the festivities of the night carried on, eyes ultimately turned to the Scotiabank tree. Scotiabank said it was willing to match any bid up to $15,000 with a donation – and it did.

After all was said and done, the tree brougt in a total of $32,000 for the SCF. There is expected to be roughly 400 families reaching out to the SCF for help this holiday season.