To provide philanthropic support to registered charities that are initiating projects that have a long-lasting benefit to the Medicine Hat community in the areas of youth sports, education, or health-related projects.

The Yuill Family Foundation is a private family foundation that affirms our founder’s view that change is accomplished through vision, leadership and hard work. Supporting organizations that demonstrate the innovation to create positive change in the community. 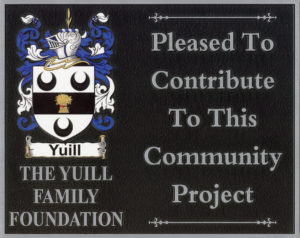 The Yuill Family history illustrates the prominent role the Yuill Family played in the political, industrial and commercial development of the City of Medicine Hat over the past 135 years and 3 generations. Bill Yuill’s grandfather saw the potential In the early days with clay in abundance and cheap natural gas, Alberta Clay Products, one of several potteries that became a core industry in Medicine Hat.  It was one of a broad range of businesses that Bill’s grandfather had a hand in.

With the introduction of new technologies, Bill’s father quickly embraced the Radio and television business and started CHAT AM in 1946 and CHAT TV in 1957 accompanied by 3 movie theatres.  In the early ‘60’s Cable Television was added to the broadcast division.  Bill purchased the ownership of the Monarch companies in 1972 and continued a growth strategy that would expand to 38 cable systems in Alberta, Saskatchewan and BC.  The broadcasting arm of Monarch grew to 16 stations in medium and large markets in Alberta and British Columbia. In every market, Monarch was committed to local programming and maintaining a very active role in each local community. 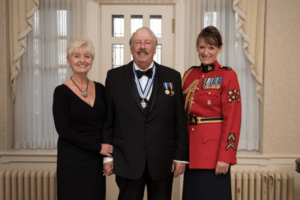 The Margery E. Yuill Cancer Center located in the Medicine Hat Regional Hospital is a fitting tribute to Bill’s mother – a nurse at the hospital who helped establish the Medicine Hat YMCA and was very active with the Red Cross.  Margery died of pancreatic cancer in 1965.

Medalta, the industrial heritage museum dedicated the Medicine Hat’s famous clay industry received a contribution to the Yuill Family Gallery which features the work of artists in residence and travelling exhibitions.  This donation pays tribute to the Yuill historic roots.