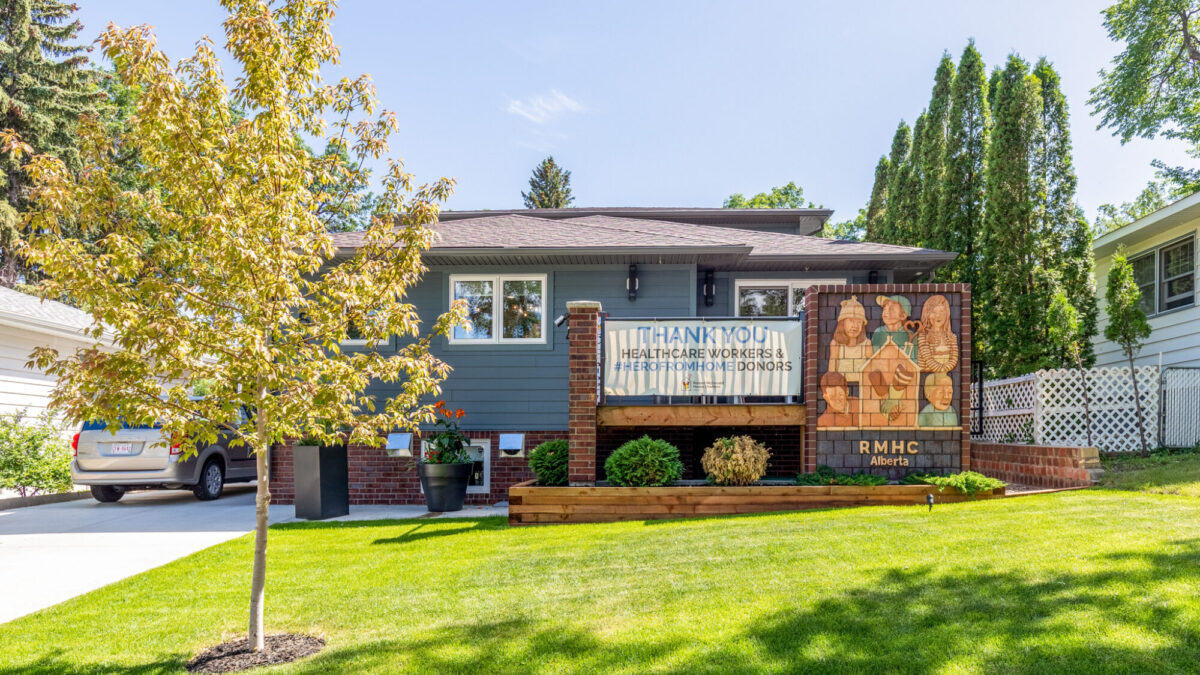 MEDICINE HAT, AB — When you have a sick child, you don’t want to focus on anything but getting them better.

However, an announcement on Monday means that will be easier for families visiting the Medicine Hat Regional Hospital.

A Ronald McDonald House is being built in Medicine Hat, giving families with sick children a place to stay during that stressful time.

“We were so fortunate to be connected with the Yuill Family Foundation a couple years ago, they had plans to build a home for adults being treated at the Margery E. Yuill Cancer Centre,” says Jason Evanson, CEO of Ronald McDonald House Charities Alberta. “We introduced them to this idea that perhaps it could be a Ronald McDonald house instead and now we’re talking about this six bedroom facility opening up in December of 2019 to serve families from the surrounding area.”

The local Yuill Family Foundation donated $800,000 to support construction of the facility.

The building is located just 200 steps from the hospital’s main entrance. It’s a bungalow which was purchased and will be completely revamped.

“Construction has already started, we’ve done a little bit of tear down within the existing bungalow that we own which will continue to be a part of the footprint of the building,” says Evanson. “The additional square footage, a total of 4,100 all together, that’s going to be built out of the back of the building in the coming months.”

Set to be the fourth of its kind in Alberta, the facility will help support families with children receiving medical treatment at the local hospital.

“We serve nearly 200 families annually from the Medicine Hat area and that was our first tip that there was a need for our services right here in town,” says Evanson.

The facility will have six private bedrooms, compared to Calgary’s 24 beds and Red Deer’s 11.

Evanson expects at least five of those rooms will be filled every night because of local services that attract families.

It will service communities within the Palliser Triangle, which include Bassano, Oyen, Brooks, Redcliff, and Bow Island.

“There’s a nice rural community around here so hopefully if they have any issues or incidents with kids they don’t have to drive all the way up to Calgary or some other place like that,” says Yuill.

Families who live outside of Medicine Hat’s city limits will be able to stay over night, while local residents can still access their day use program.

Maureen Fowler knows what it means to use a Ronald McDonald House. Her family had to stay in Calgary’s after a tragic incident involving her son Aiden last year.

“He was burned with boiling water and required some significant skin grafting and treatment after that and so Ronald McDonald House gave us a place to stay,” she said.

She stayed for two weeks, and says it kept her sane in one of the hardest times of her life.

“You spend all your hours in the hospital and days and hours and nights just kind of all meld together. Having a place that we could go and rest and rejuvenation, rest our feet on the ground, connect with other families, it was really meaningful.”

Although it’s significant the house is being built, there still needs to be support once the facility opens.

“It takes community support beyond that because there is overhead costs and things like that so that’s a start, that gets the facility acquired,” says Yuill. “The land and the building and everything and the remodelling, the upgrades and then you gotta raise the funding to keep it going.”

Located at 529 4th Street Southwest, the facility is set to open its doors in December of this year.